OFI has registered a Medical Device of class IIA for the treatment of acid reflux diseases (GERD – Gastro esophageal reflux disease) and its complications.

The device is an emulsion in a practical stickpack format.

The formulation is based on Alginates and Carbonate salts that work in synergy with a Patented Mixture of polysaccharides  (Opuntia ficus indica) and potatoes extract (Solanum tuberosum) . This natural product prevents the reflux of gastric content into the esophagus : in contact with the gastric acid, the alginate changes its physical state evolving in a gelled form of alginic acid which stratifies on the mucosa, while the bicarbonate releases carbon dioxide molecules. These ones are trapped in a swelling gel preventing acid and food reflux in the esophageal tract. The mucous-protective action, provided by Opuntia cladodes fibers, is widely documented by in vitro and in vivo  studies:  they  exhibit  an  extremely  high  mucoadhesivity  ability  compared  to  other  polymers  such hyaluronic acid and chitosan,   and they show a lenitive-antinflammatory activity evaluated on an in vitro human cell line. The potatoes extract takes under control the gastric pH in synergy with the carbonates salts.

The emulsion in Stickpack form makes it particularly innovative, the consumer can always carry it with him and take it on any occasion. 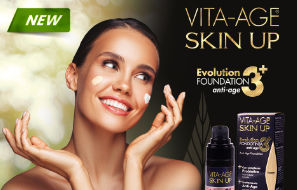